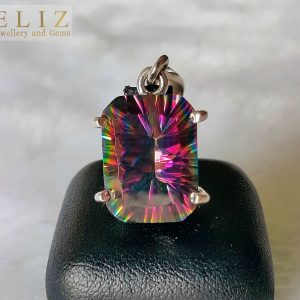 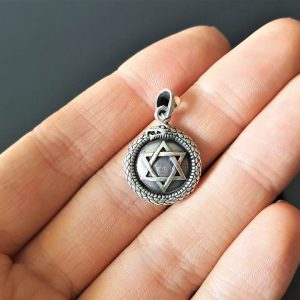 We encourage our clients to check the authenticity of our gemstones. We are proud of their quality and authenticity.

Total weight of the gemstones is 6,9 carats

Coral is known as the stone of peace and transformation.
It’s also called Sea Garden because of how much it looks like a plant.
When you work with ocean energies, such as this stone holds, you will receive protection from negativity and evil influences.

Coral will also remind you that you need to swim life’s oceans if you wish to see what’s out there in the horizon.
Catch as many waves as you can and open yourself to new experiences!
The energies of Coral will deter any kind of negative thought. It will promote honesty, truthfulness, and positivity.

It will encourage you to have a more positive outlook on life, even when you are going through your own difficulties.

Coral will remind you to form healthy and balanced opinions about different matters.
The energies of this stone will also remind you to be inventive and creative when it comes to different situations and resolving your personal or professional issues.
The healing energies of Coral also vary depending on the Coral’s hues, but it has a lot of energy that will prevent you from wallowing in depression.

It will also assist in purging the toxins and purifying your body.
This stone is aware that the currents of life will push you to harsh and unhealthy environments.
It will give you the strength to stand your ground and fight the tendency to just drift and become lost at sea.

Called “the extreme gem” by the Gemological Institute of America, Peridot is born of fire and brought to light, one of only two gems (Diamond is the other) formed not in the Earth’s crust, but in molten rock of the upper mantle and brought to the surface by the tremendous forces of earthquakes and volcanoes. While these Peridots are born of Earth, other crystals of Peridot have extraterrestrial origins, found in rare pallasite meteorites (only 61 known to date) formed some 4.5 billion years ago, remnants of our solar system’s birth. Peridot in its basic form, Olivine, was also found in comet dust brought back from the Stardust robotic space probe in 2006, has been discovered on the moon, and detected by instrument on Mars by NASA’s Global Surveyor. Ancients believed, quite accurately, that Peridot was ejected to Earth by a sun’s explosion and carries its healing power. Associated with the sun, Peridot has been prized since the earliest civilizations for its protective powers to drive away the forces of darkness. Set in gold and worn around the neck or bound to the left arm, it was used as a charm against sorcery and magic, evil spirits, night terrors, and madness. It cured cowardice, calmed anger, as well as brightening the wit. Peridot is still celebrated for those virtues, protecting the aura, purifying the physical and subtle bodies, and alleviating emotional burdens, guilt and obsessions. It is particularly beneficial for overcoming fear, depression and other psychological disturbances, as well as releasing jealousies, resentment and spite in order to move forward. Peridot promotes responsibility and forgiveness, instilling confidence in one’s own abilities and reestablishing a sense of self-worth. A powerful generator of the frequency of increase, this lovely talisman may be utilized to manifest abundance in all areas of one’s life: wealth, health, happiness and love.

Amethyst is a meditative and calming stone which works in the emotional, spiritual, and physical planes to promote calm, balance, and peace. It is also used to eliminate impatience. Amethyst is used as beneficial when dealing with legal problems and money issues, which can lead to prosperity and abundance, though it is not the best known prosperity stone. In the psychic and spiritual realms, amethyst is an excellent all-purpose stone that can increase spirituality and enhance intuition and psychic powers of all kinds. It does this by making a clear connection between the earth plane and other planes and worlds. Amethyst is also excellent for meditation and lucid dreaming. It is used to open one's channels to telepathy, past life regression, clairaudience, clairvoyance, and communication with angels. Amethyst also protects against psychic attacks, especially during spiritual work.