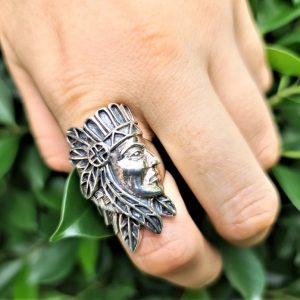 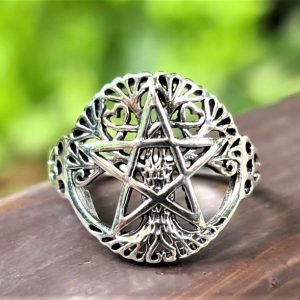 *please inquire if you dont see your size listed*

The elven star is associated with God’s favorite number, which was also prominent in the Book of Revelations, where there were seven churches, seven angels, seven stars, seven trumpets, and seven seals.

Medieval alchemists used the heptagram to symbolize the seven alchemical metals and their conforming planets. However, it can also stand for the seven musical notes, seven colors, the seven sisters (Pleiades) and many other seven sacred things. For example, in Hermetic Qabalah this seven-pointed star represents the Netzach sphere and its corresponding planet Venus.